Italy has been making white wines for millennia but only recent decades has the quality and repute of the white wines attracted any attention. 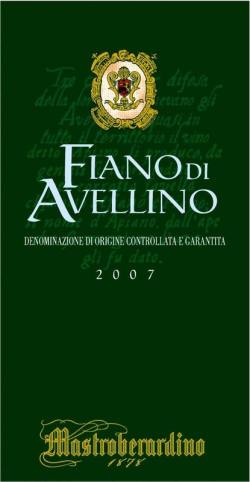 Asked to name some Italian white wine varieties most wine lovers from outside Italy would be at a loss. Maybe most have now heard of Pinot grigio, but is it an Italian variety or is it a renaming of the French Pinot Gris?

OK see how many you know. Here's a warning Frascati and Soave are wine names, not varieties.

Only one international variety makes the list, but varieties such as Pinot Blanc, Sauvignon blanc, Riesling and Gewurztraminer are also relatively common, often under Italian names.

These figures are based on a census in 2000, my guess is that things will have changed since then.

These are not necessarily the most important, just the most widely grown, and there are some varieties of much greater interest such as Arneis, Fiano, Vermentino.

What Makes Italian Whites so Special?

The revolution in wine making techniques that took place around the world since the 1970s has been slow to take hold in Italy, but it has occurred and the results are fairly dramatic.

White wine is no longer fermented in open wooden vats, fermentation temperatures are controled by refrigeration.

These changes were first adopted in the north, but now the regions of Sicily and Puglia in the south have dramatically changed.

The result has been a significant fall in the quantity of wine produced, but a marked increase in the quality, and price of the wine.

Most wine is still made with indigenous varieties but attention to viticultural practices and the phasing out of the co-opertive system has also improved the quality of wine.

A broad generalisation about what makes Italian wines different is that they are best appreciated with food. This doesn't mean that there is something deficient in the wine, rather it is because Italian winemaking emphasizes "mouth feel". This term refers to the total of the acid and tannin balance of the wine perceived at consumption. Some modern Italian white wines may not need food, but most are much better with food, and that's what this website is about

These days many Italian wines are labeled with the variety, just as most New World wines are, but many of the varietal names are unfamiliar.

Individual wine varieties tend to be clustered in regions. There are several reasons for this and the obvious one is ttradition. Over decades or even centuries local know-how both in the vineyard and the winery have developed. Particular regions become known for particular varieties, and can be more easily marketed and sold.

The main white wine varieties used in Italian regions are:

Have your say about what you just read! Leave me a comment in the box below.
Follow @ItalyWinefood